The Concert Band is a symphonic wind orchestra consisting of wind musicians and percussionists. As an ensemble it is the largest orchestra in the Conscript Band. 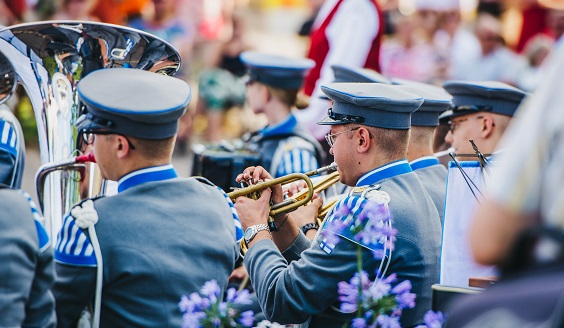 The Concert Band is an ensemble that does not require separate audio systems and can be divided into smaller units if necessary. The band plays at a wide range of events playing a variety of music. With strings and a rhythm section, the Concert Band becomes a large-scale entertainment orchestra that is perfect for extensive tours. The band annually orders one or two compositions, which it then debuts either in connection to march performances or concerts.