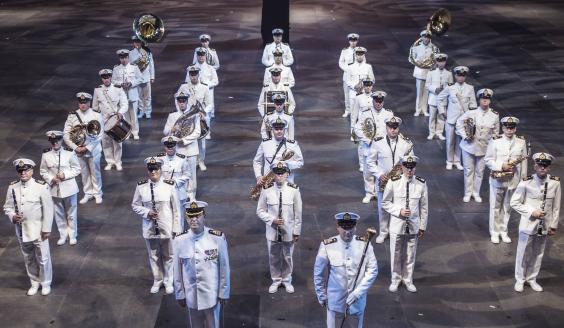 The Navy Band is the Finnish Navy's official representative band based in Turku.

The 32-piece Navy Band is navigated by the Senior Conductor Juha Ketola and Conductor Tero Haikala. In addition to the concert ensemble, diversity to the band’s performances are provided by a wind quintet, brass quintet and brass septet. Conscript musicians are also a visible part of the band’s performances in various maritime environments. Read more from our concert calendar.

Established in 1919, the Navy Band gained new premises that do the traditional orchestra justice when it moved back to the Heikkilä Garrisson in 2020.

The navy musicians travel widely for concerts and performances in the regions of Southwest Finland, Satakunta and Ostrobothnia. Alongside the diverse and frequent concert schedule, the band primarily performs at Navy ceremonies and celebrations.

Every summer, once the President of the Republic of Finland has moved to his summer home of Kultaranta in Naantali, the band also begins to play at state events and hold summer concerts in the beautiful municipalities of the archipelago.