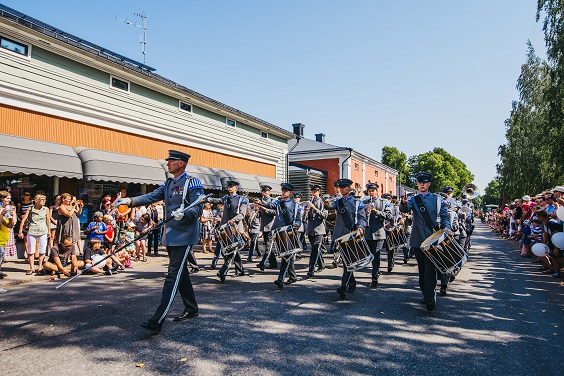 The main purpose of the Parade Band is to perform at the Defence Forces’ largest events, such as the Flag Day and the Independence Day celebrations, as well as large ceremonies. In the summer, the Parade Band is a familiar sight in guard parades held in Helsinki.

The band has performed in a variety of massive events in countries like Switzerland, Italy, Russia, Sweden, Singapore, Norway, the Netherlands, the Czech Republic, Estonia, Latvia and France.