The Conscript Band’s Showband is a party band of some 20 musicians, including a rhythm section, singers and wind instrument players. Its repertoire ranges from classic rock nuggets to modern hits. 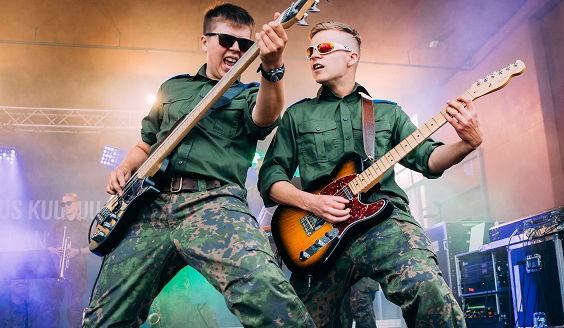 Over the years, the band’s guest vocalists have included Veeti Kallio, Pete Parkkonen, Inga Söder, Mikael Saari and Paula Koivuniemi. The Showband has established itself as a staple of the summer tour and the Provinssi Festival.